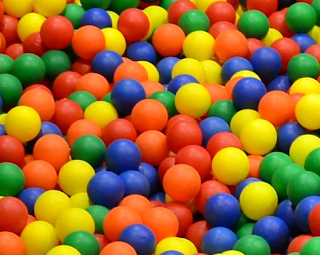 Iconic bastions of progressive ideology, New York and San Francisco, could soon be submerged beneath six-metres of multi-coloured spheroids if steps are not taken to address rising ball pit levels.

The stark warning was issued by scientists who have expressed alarm at the unprecedented increase in over-flowing ball pits, caused by meltdowns among those in the social justice community.

“Social justice warriors, claiming to have developed PTSD after encountering somebody with a differing opinion to their own, are amassing in ball pits in record numbers. They regard these children's play areas as safe spaces where they can confidently bury their heads. However their collective mass is causing extraordinary displacement of the spheroids that is leading to significant flooding and chaos in the wider environment. If we do not turn around this trend then major urban centres will be engulfed within the next decade.

“The high levels of salt exuded by these individuals has effectively rendered many of the ball pits hostile to other forms of life. A number of children who formerly played in these areas have been hospitalised with suspected sodium overdoses.

“Digging deeper and deeper ball pits is a short term solution to this problem, which can only be sensibly addressed by asking those within the social justice community to avoid conflating criticism with harassment and melting down at the slightest provocation.

“On a personal level, I would like to request that these individuals hector and harass their idealogical opposites using their indoor voices.”

The recommendations have been greeted with outage by progressives with many, claiming to have been triggered, converging on ball pits, leading to flash floods in downtown areas across America.

“I am at home, stark-naked in the ball pits of Barney's Box Fort children's softplay warehouse in Trenton, NJ, among the brightly-coloured, asexual, plastic spheres. It's like being massaged by Skittles, which are my favourite sweets. I will not leave.”

In a separate report, scientists have also warned that peak Play-doh has likely been reached, citing the high demand for the material from social progressives as a stress relief tool and means of avoiding confrontation with hard realities.

“In the future we may have to look to other materials to ice fake cupcakes and create wacky hairstyles on plastic, colander-headed figurines,” said James Spenlow, Professor of Plasticine Studies at the University of Missouri.

Responding to the crisis, U.S. President and self-styled God-Emperor, Donald Trump, announced on Tuesday his plans to drain the nation's ball pits into the Grand Canyon, and to deport any of the balls made outside of the United States back to their countries of origin. In a speech given to a Delaware chapter of the Daughters of the American Revolution, he stated:

“The empty pits will be transformed into colosseums where warriors from across the 50 states will battle to earn my favourable responses on Twitter.” 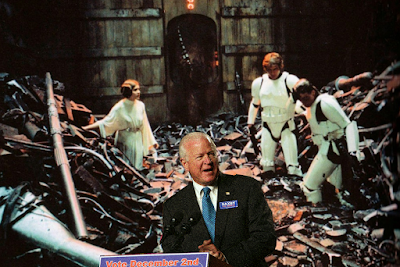 A sponsor of bill H.R. 2335, "to exempt from solid waste designation resources that are recycled," Chambliss can be witnessed campaigning on this very issue in the trash compactor scene in the original Star Wars film.

Unlike Chewbacca, Han, and Luke, Chambliss does not emerge from the compactor and makes no further appearances in the film, leading some viewers to speculate that he was crushed between the encroaching walls before he could escape.

Chambliss added fuel to these rumours while campaigning in favour H.R. 2335. In a televised press conference he stated that he was the only serving U.S. senator to have died in a trash compactor on the first Death Star, in the original cut of Star Wars, before it was re-titled Star Wars: A New Hope.


On a separate occasion he voiced his opinion that Han did indeed shoot first and was entirely justified in doing so. 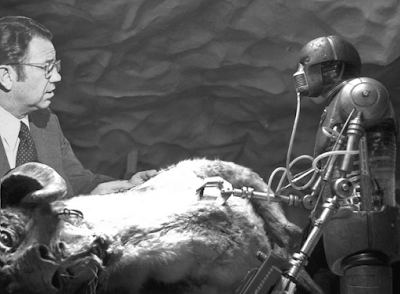 As an early supporter of Medicare and Medicaid, Hartke was a natural choice when it came to casting an assistant to the 2-1B Surgical Droid in Star Wars: The Empire Strikes Back.

Originally, George Lucas had intended Empire to focus on Luke Skywalker's long rehabilitation, following injuries sustained during a wampa attack – treatment that he would have been unable to afford under the Emperor Palpatine's draconian health insurance bill.

When the film took a different direction, the majority of Harkte's scenes were left on the cutting room floor, where they were eaten by scavenging beetles.

Fortunately some footage has survived. In the photograph above he is pictured assisting in the autopsy of a tauntuan.

Lucas said of Harkte: “Vance could dissect a tauntaun in his sleep. I am in no doubt that, had he not been a long-serving U.S. Senator, he could pursued a very successful career as a veterinarian on the ice planet of Hoth. 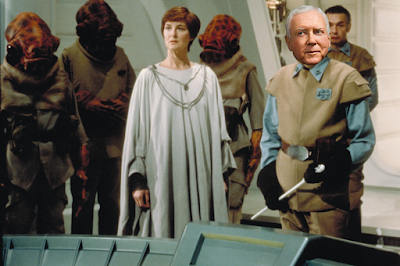 In 2000, Hatch failed to secure the Republication presidential nomination, with the popular vote going to George W. Bush.

He fared little better, politically, in Star Wars: Return of the Jedi, where he can be seen clad in the traditional Utah blue and beige national dress, at the head of a coup to depose the Rebel Alliance Leader, Mon Mothma, while she is distracted by plans for an assault on the second Death Star.

Before he can dispatch Mothma with his ice-pick, Orrin is wrestled to the ground by her formidable amphibious mon-calamari bodyguards and dragged away. In the digitally remastered versions of the film, this scene occurs off-camera.