How will the Brexit affect me? Your 16 point guide. 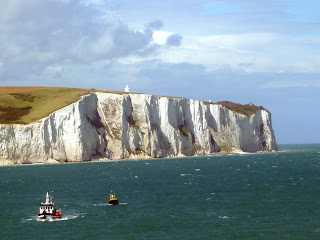 1. The white cliffs of Dover will be extended all the way around Great Britain and then raised 30 metres above sea level to create a porous wall that will keep out 'undesirables.'

2. The 50 million North Atlantic Cod who are currently being held hostage in the holds of the Spanish fishing armada will be released into the waiting nets of the British fishing fleet.

3. The Dunkirk spirit, that will be required to endure the UK's waning global political influence and evaporating economy, will be recreated by covering the country in six feet of sticky grey mud.

4. British farmers will be able to shotgun invasive plant and animal species from the continent without fear of being tried as war criminals in the Hague, as has routinely been the case since we joined the E.U.

5. The Sun will dedicate more column inches to vegetables that resemble members of the 1966 English World Cup squad.

6. After four decades, your old school tie can, once more, be used as evidence of good or bad character in criminal trials.

7. It is legal again for boys, aged between 10 and 14, to be press-ganged into Morris Dancing troupes.

8. Islands in the middle of private lakes now automatically qualify as tax havens.

9. A northern powerhouse will be created, where the bodies of the poor will be burned and the energy generated used to keep the lights on in London.

10. £350 million a week will be added to the profits of the private companies who now effectively run the NHS.

11. Focus on global trading will shift emphasis to exports of Diana, Princess of Wales memorabilia and framed photographs of Geri from the Spice Girls in her Union Jack dress.

12. The baffling array of foreign muck masquerading as cheese in the dairy aisle of supermarkets will be outlawed and the choice limited to mild cheddar or Red Leicester.

13. A gaudily-framed photograph of Nigel Farage, drinking a gin and tonic, will hang over the bar of all licensed premises. Henceforth establishments licensed to serve alcohol will be limited to English Pubs, Golf and Yacht Clubs. Men will be required to wear a blazer when ordering spirits.

14. An end to European pavement cafe culture and the resurgence of the ploughman's lunch, hard-boiled eggs, limp green lettuce, and metallic-tasting tea, with bits floating on the surface, served from giant tartan urns.

15. TV channels will be limited to BBC1, BBC2, and ITV (for homes that fall below the average national income bracket). Programmes will end between midnight and 1 a.m. with Gary Barlow singing the National Anthem.


16. Gibraltar will be towed into British waters and bolted on to the Isle of White. In a bid to confuse the pro-independence lobby, Scotland will be renamed New Norfolk. Britain will appear on all world maps bearing the logo of its sponsor, G4S.
Posted by backwards7 at 05:40